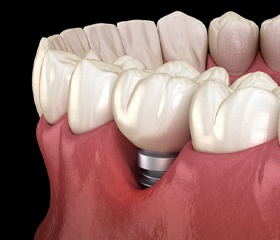 Dental implants boast an impressive success rate. In the majority of cases, they are still thriving after 10 years or longer. However, it is still important that you are aware of possible signs of a failed dental implant in New Haven. This serious problem could happen at any time. The sooner you recognize it and seek treatment, the more likely it is that our team will be able to preserve your restored smile and prevent major damage to your oral health.

Why Do Dental Implants Fail?

The most common cause of dental implant failure is an infection called peri-implantitis. It occurs when bacteria invade the tissue around an implant, causing so much damage that the implant eventually loses its base of support. Missteps in oral hygiene are often to blame for peri-implantitis, but other factors may also contribute to its development.

Additional things that can play a role in implant failure include:

Dental implant failure can happen at any time. Early failure occurs shortly after the initial placement surgery, while late failure may happen months, years, or even decades later.

Symptoms of both types of dental implant failure can include things like: 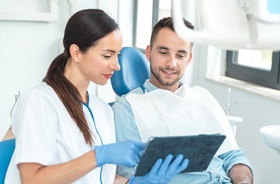 As soon as you begin to notice that something is not right with your dental implants, call our practice. The sooner you seek treatment, the more likely it is that we will be able to help you without extensive or invasive procedures. When you come in for your appointment, we will perform a thorough examination and strive to figure out what is causing the problem. Then, we will recommend a treatment plan.

In some cases, correcting a problem is as easy as replacing a damaged restoration or providing you with a prescription for antibiotics. In other instances, more extensive measures are necessary. We might have to remove a dental implant altogether. Later, after a healing period and some restorative treatments (perhaps a bone graft, for example), we may be able to insert a new implant.